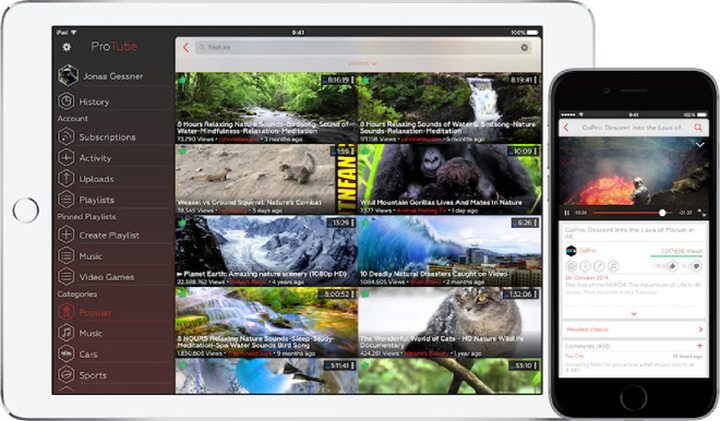 App Store had a great unofficial client for YouTube, named ProTube, but unfortunately the app is no longer available for download. Google’s asked Apple to remove this app from the store a year ago, citing violation of YouTube’s terms of service, with similar requests directed against other third-party clients.

Google has insisted that the developers should stop offering some of the features of the official client, like auto-only, background playback, and more. Google has threatened legal actions against these developers, so apps like ProTube was eventually pulled.

ProTube is still available through the alternative distribution Cydia for jailbroken devices, but the app could also be pulled from there very soon.

Google currently offers two YouTube apps, a free one, and YouTube Red that offers premium features for a monthly fee.