Samsung’s own Face ID may debut in 2019 with the Galaxy S10. 3D camera modules for the upcoming Samsung flagship in 2019 are reportedly under active development, according to information posted at The Bell in Korea. It appears that Samsung is partnering with an Israeli startup to create something similar to Face ID in the iPhone X for authentication. 3D facial scanning in the Galaxy S10 would significantly improve the security of the upcoming Samsung models, as the current flagship device still relies on the[…]

END_OF_DOCUMENT_TOKEN_TO_BE_REPLACED 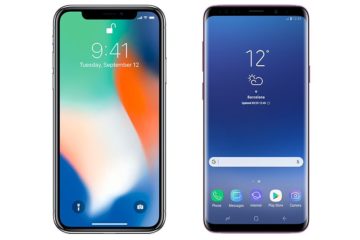 Benchmark tests show that iPhone X is faster than Samsung Galaxy S9. Fans and media love to compare the flagship devices, putting them in different tests and camera shootouts. Yesterday, we reported on how Samsung may have created the best smartphone camera, but when it comes to the CPU/GPU power, the situation may be different. The benchmarks are usually the best indicator of what to expect from a new device, and how it compares against the competition. Let’s see the results for the iPhone X[…]

END_OF_DOCUMENT_TOKEN_TO_BE_REPLACED 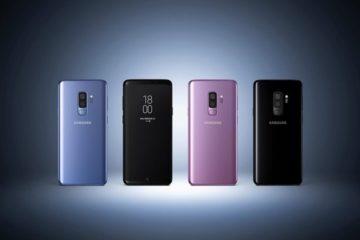 Galaxy S9 and S9+ are the Samsung’s answer of iPhone X Samsung’s new Galaxy S9 and Galaxy S9+ were announced yesterday, bringing minor design improvements and some new features compared with the previous generation. One of the key new features is the ability to create animated emoji that can be shared via GIF files – just like the Animoji on iPhone X. There are also some minor camera improvements in the S9 line, like the ability to shoot super-slow motion videos at HD resolution, and[…]

END_OF_DOCUMENT_TOKEN_TO_BE_REPLACED

Samsung Display is slowing down production. Apple originally hoped to sell 40 million iPhone X units in the first quarter of 2018, but the prediction was revised to 20 million, which has influenced all Apple supplies including Samsung. The Korean giant is producing OLED panels for the first iPhone with such a display technology, but after many years of full-capacity production, Samsung Display is lowering production capacity for the first time in January by 10% , compared with 2017. According to a report by The[…]

END_OF_DOCUMENT_TOKEN_TO_BE_REPLACED 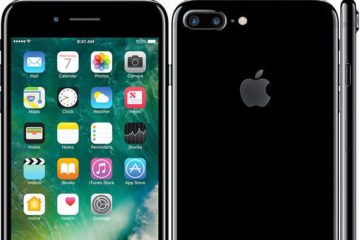 iPhone 7 and 7 Plus dominate the market. iPhone and Galaxy are the two most popular phone brands in the world in the second quarter of 2017. According to a new market research published by Strategy Analytics, Apple has sold 16.9 million iPhone 7 and 15.1 million iPhone 7 Plus units in Q2 2017.At the same time, Samsung sold 10.2 million Galaxy S8 and 9 million S8+ in the same quarter. Strategy Analytics estimates that the fifth most popular model is the Xiaomi Redmi 4A,[…]

END_OF_DOCUMENT_TOKEN_TO_BE_REPLACED

Galaxy S8 may not include a Headphone jack. After the Galaxy Note 7 fiasco, Samsung knows that the company should offer the perfect flagship in 2017, and it is quite likely that this phone will be called the Galaxy S8. But the Korean Giant appears to be removing yet another feature most of the customers like – the headphone jack. After ditching user-replaceable batteries and SD card slots in favor of more premium-looking devices made of metal and glass, Samsung may follow Apple in a[…]