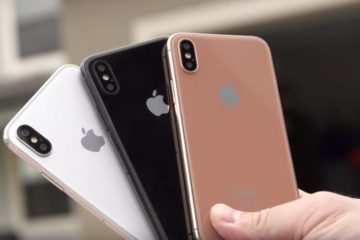 iPhone 10th Anniversary Edition may ship a month after the other new models. Apple is unveiling three new iPhones on September 12 – the OLED iPhone X, and hardware refreshes of the iPhone 7 line. Earlier reports said that Apple would start taking pre-orders for all models on September 15, while the first units would be shipped on September 22. But a growing number of new reports suggest that the company may ship the flagship OLED iPhone X / Edition up to a month later[…]

END_OF_DOCUMENT_TOKEN_TO_BE_REPLACED

Iphone 7s will be very similar to the iPhone 7. Apple is preparing to launch upgraded versions of the iPhone 7 and 7 Plus, along with a brand new model to celebrate the 10th anniversary of the most popular smartphone brand. And while iPhone X will be so much different than all past Apple designs, iPhone 7s and 7s Plus will offer very minor changes compared with the current line. A set of leaked photos allegedly show the display assembly module for iPhone 7s, confirming[…]

END_OF_DOCUMENT_TOKEN_TO_BE_REPLACED 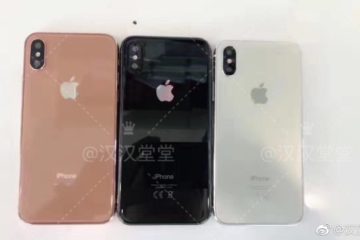 Apple will release three new models in September. Another day, another news about the upcoming iPhones. The notable investor famous with his predictions about Apple for many years, Ming Chi Kuo, has released yet another note with details about the iPhones. The two models, successors to the current 7 and 7 Plus, are widely believed to be called iPhone 7s and iPhone 7s Plus, while the name of the third new iPhone remains a mystery. It won’t be surprising if’s called iPhone 8, but iPhone X[…]

END_OF_DOCUMENT_TOKEN_TO_BE_REPLACED

iPhone 8 to have a similar size to the 7S, but a bigger screen. A few photos of alleged iPhone molds have appeared online, revealing the relative size of the upcoming models in 2017. According to the shots, Apple is going to release three new models later this year. Two of the models will feature LCD display panes, and they will be named ‘S’, following the Apple’s trend to introduce modest hardware improvements to the main line after the first year – in this case[…]

END_OF_DOCUMENT_TOKEN_TO_BE_REPLACED 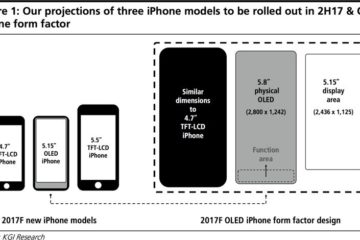 Upcoming OLED iPhone to have a 5.8-inch OLED screen. As you probably know, Apple is going to remove the physical home button from the upcoming iPhone 8 (or X) with OLED display. The new model will come with a new design that can be characterized with an all-glass body and screen taking the entire front. Logically, the Touch ID sensor will also be eliminated along with the Home button, and possibly embedded into the glass. Now, a new report may have shed more light on[…]

END_OF_DOCUMENT_TOKEN_TO_BE_REPLACED

iPhone X, 7 and 7 Plus to offer wireless charging? Another day, another report about the upcoming 2017 iPhones. This time coming from a popular analysts Chi Kue of KGI, the report claims that the 10th anniversary iPhone is designed from the ground to offer many new features including Wireless charging. According to the source, Apple has added a thin graphite layer to eliminate overheating as a result of the charging. Due to the totally different design for iPhone X that includes an all-glass body,[…]