Powerful new features coming to iPhone and iPad. Apple announced during its developer conference the new version of iOS – version 11. Apple claims that this is the biggest software release ever for iPad and iPhones, and there is some truth in these words. IOS 11 delivers many new features, especially to iPads, such as improved multitasking and the ability to snap apps to display them. Apple Pencil has been deeply integrated into iOS11 with support for inline drawing and instant Notes accessible from the[…]

END_OF_DOCUMENT_TOKEN_TO_BE_REPLACED 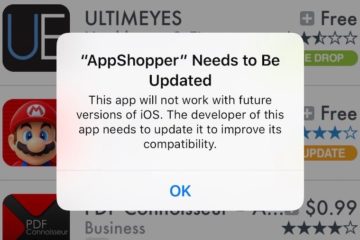 Old 32-bit apps won’t work in iOS 11 or later. Apple has been pretty generous to all those Developers refusing to update their apps with support for 64-bit processors. But after a grace period of two years, the legacy apps won’t be able to work on iOS 11 or newer. Apple included a warning window in iOS 10.1 to inform the users that old apps can make their devices slower. But in the newly release iOS beta, the company is informing the users that these[…]