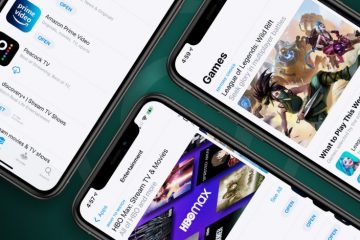 iOS users in the US paid more for apps in 2020 than a year ago, according to a publication by SensorTower. Record spending during the COVID 19 isolation was expected by analysts, but the numbers look impressive taking into account the fact that e-commerce services were not included.   iPhone users in United States paid an average of $138 for both apps and in-app purchases last year, compared with $100 in 2019. This is a positive sign for iOS developers, which are now seeing a significant increase[…]

END_OF_DOCUMENT_TOKEN_TO_BE_REPLACED 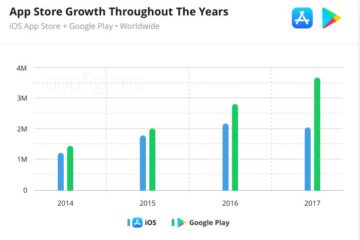 iOS apps decreased, while Google Play Store ballooned in 2017 Quantity doesn’t mean quality, but the sheer numbers of available apps on Android and iOS at the end of 2017 reveals an interesting picture. Google Play expanded massively, reaching 3.6 million apps in 2017, thanks to the 1.5 million new releases. At the same time, Apple’s Play Store decreased 5% from 2.2 million available apps to 2.1 million. 750,000 new apps were published in the App Store, but multiple factors lead to the decrease in[…]

END_OF_DOCUMENT_TOKEN_TO_BE_REPLACED 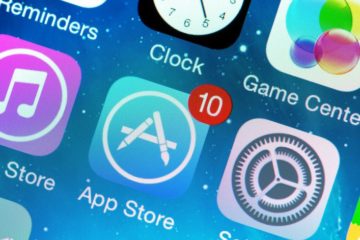 Apple allows you to preorder apps in the Store. From now on, iOS users will be able to pre-order apps in the App Store up to 90 days in advance. A server-side update has introduced the new feature, but it’s up to developers to publish their apps in advance. Currently, only officially launched apps can be ordered, while after this useful new feature for App Store becomes more common, you could simply tap on ‘pre-order’ and get the app once it’s released. You can save[…]

END_OF_DOCUMENT_TOKEN_TO_BE_REPLACED 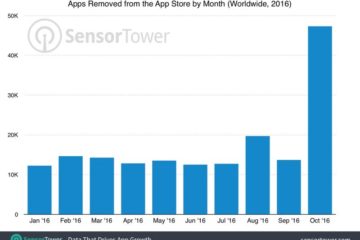 Apple removed 47,300 apps in October only. Apple notified developers in September that apps not compatible with the guidelines would be removed from the Store. Now we learn that Apple removed 47,300 in the last month, which is a 238% increase of apps removed from the App Store compared with previous months in 2016. For comparison, in September Apple ditched only around 13,000 apps. Apps from different categories have been removed. From the total number of 47,300 apps, the games were 28 percent, while 9%[…]

END_OF_DOCUMENT_TOKEN_TO_BE_REPLACED

Chinese iOS app revenues are more than US revenues. China has topped the United States in the App Store revenue ranking for the third quarter of 2016, according to App Annie. While the US App store revenue has also reached new heights in the quarter, the growth in China was much higher, boosted by popular games such as PokemonGo. China now accounts for around $1.7billion app revenue, while the U.S. is second with 15% less, according to App Annie. The popularity of the mobile games[…]

END_OF_DOCUMENT_TOKEN_TO_BE_REPLACED 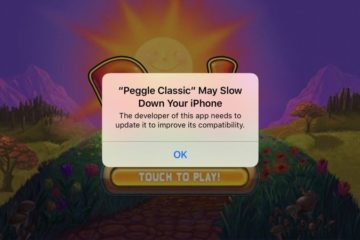 iOS 10.1 displays warning messages for old apps. Back in 2013, Apple presented its first iPhone with a 64-bit processor – iPhone 5s. From day one, Apple encouraged all iOS developers to update their apps and add support for the new processors, eventually making the 64-bit support mandatory in early 2015 as the majority of the smartphones in active use back then were already powered by 64-bit chips. In September, with the announcement of the iOS 10, Apple informed the developers that apps without support[…]