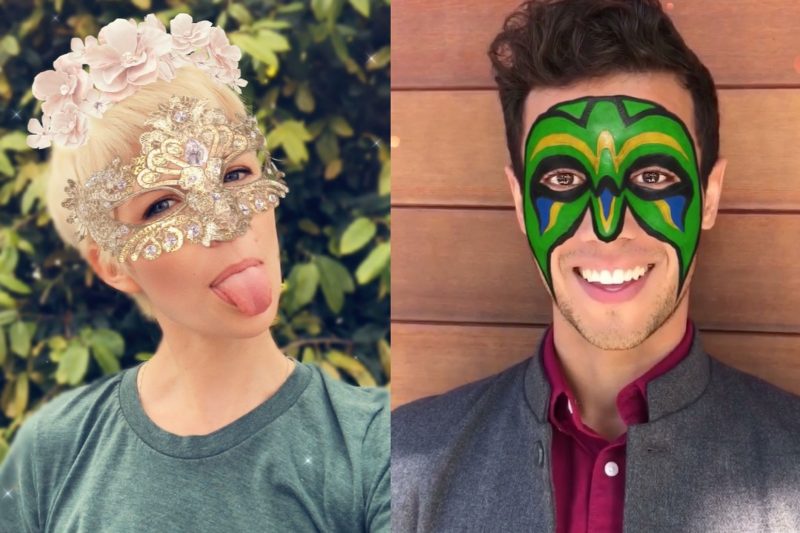 After demonstrating how the new AR lenses would work on the iPhone X last year, Snapchat has now updated its app to take advantage of the TrueDepth camera sensors. Launching the Snapchat app on the iPhone X would allow you to apply different AR masks which track and adapt to the movements of the face more accurately than ever. By using the advanced mapping technology of the TrueDepth module, Snapchat hopes to attract more users who have the flagship iPhone.

Apple said that more third-party apps would support AR features soon, as TrueDepth has been opened to developers who can access live face maps and use the data to improve their applications. Apple is betting seriously in the AR game. The company first announced the Animoji in 2017, but now there are many apps in the store allowing you to experience the augmented reality.

Currently, TrueDepth reads micro movements of mouth, eyes, and other face features in real-time. The mathematical image data is encrypted, and can leave the smartphone, but the face maps are available freely to developers.