Microsoft has optimized another app for the unique iPhone X notch. This time, it’s the Skype app with an update in the App Store. Alongside the support for iPhone X and improved scaling on the device, Skype gets a revamped design for iOS.

Skype version 8.12 now extends to the entire usable screen on the iPhone X, and introduces the new interface that has been in testing since October. After the major redesign in the Summer, this is the second time Microsoft releases such a significant design overhaul in 2017. 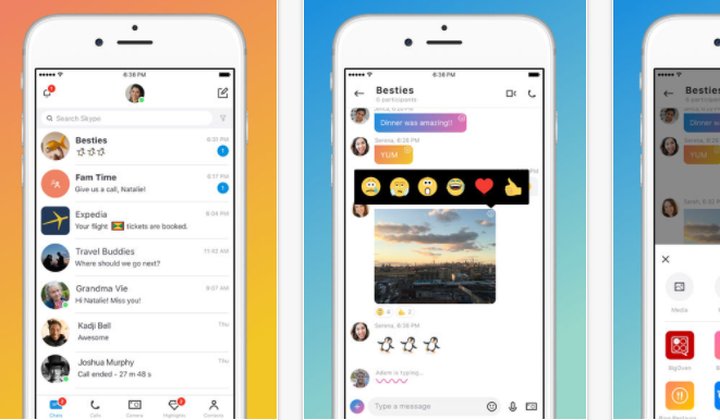 The app now has the navigation bar at the bottom where you can easily access important elements like calls, chats and highlights. You can also see numeric badges for calls and chats. In addition, Microsoft has slightly tweaked the UI, spacing and fonts in Skype on iOS, and improved the overall performance as well.

Skype can be downloaded for free at the App Store [link]