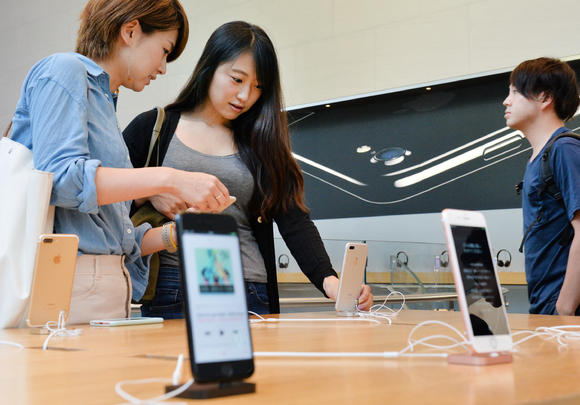 We’ve previously reported about three new iPhones expected in 2018 – two with OLED screens and a design similar to the iPhoneX, and one with LCD and cheaper price. Nikkei now additionally informs about the so-called low-cost iPhone in 2018.

According to sources familiar with Apple’s plans, this ‘cheap’ iPhone will have a 6.1-inch or 6.2-inch LCD panel, while both OLED versions will measure in at 5.8 and 6.2 inches. This budget iPhone with LCD will feature a metal back, just like the iPhone 7 line announced in 2016. It will be manufactured by Casatek – a Pegatron subsidiary, Nikkei writes.

The new information is in line with previous rumors, like the research note from Ming Chi Kuo who wrote earlier this year about three new smartphones expected in 2018. But while Kuo said that the possible iPhone X Plus would feature a massive 6.5-inch screen, Nikkei wrote about 6.1 or 6.2 inch OLED display. Despite some variance in the predictions, it’s almost certain that the next OLED models will feature edge-to-edge designs and Face ID, just like the iPhone X. At the same time, the 6.1-inch model with LCD will be far more affordable, being something like a hardware refresh of the iPhone 7 line, rather than the iPhone 8, although its bezels around the screen could be much thinner.