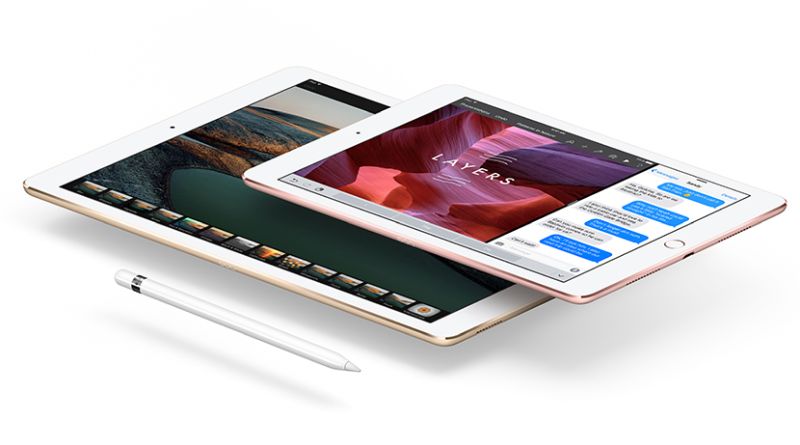 Three iPad Pros could be released in 2017

Apple is planning a hardware refresh of its iPad Pro line for the first half of 2017. According to the Japanese website MacOtakara, Apple might announce three new iPad Pro devices in Spring 2017.

The Japanese blog also explains that the new models, including the 12.9-inch version, will feature a True Tone display that automatically adapts its colors depending on the environment. The same solution has already been used for the current 9.7-inch tablet, thanks to ambient light sensors within the display panel.

Apple is expected to replace the current iPad Mini 4 with the new 7.9-inch iPad Pro, and add some new features like four speakers and an improved camera on the back for better photos and videos. The biggest version (12.9-inch) will also get this new iSight camera for some unknown reasons… who takes photos using a giant tablet?

Meanwhile, the famous analyst Ming-Chu Kuo doesn’t mention a new 7.9-inch iPad Mini on the horizon, speculating that Apple may stop this version as the 5.5-inch iPhones have eaten up sales of the small tablet.

Keep in mind that both sources could be wrong, and Apple’s plans could be changed in the coming months. But before the new iPads in Spring 2017 we should see a MacBook Air refresh sometime this month or in November.