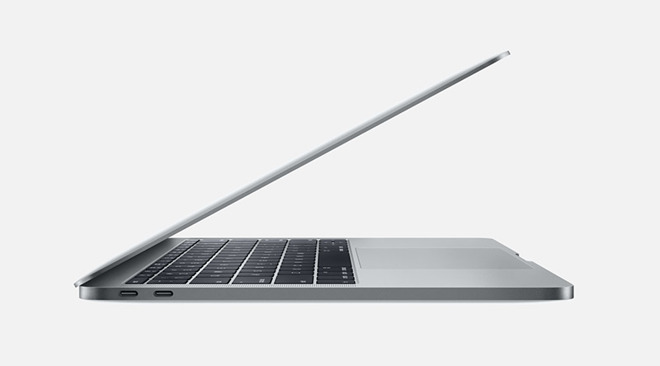 Apple’s new MacBook line includes a refreshed MacBook Pro without a Touch Bar, and two models (13 and 15 inch) with the new OLED touch-sensitive bar at the top of the physical keyboard, displacing the familiar function keys. Apple will start shipping the standard non-Touch bar model on October 31, according to the official website.

At the same time, if you want the new MacBook Pro with Touch Bar, you need to wait between 4 and 5 weeks for a delivery. A day after the announcement, Apple has pushed the shipping date for both the 13 and the 15-inch model into early December. The official web store now informs that new orders will be shipped in up to 5 weeks, a change from the initial three week delivery.

It appears Apple has underestimated the demand for the new models that were long due for a hardware refresh.

In addition to improvements in terms of design, Apple has announced a new configurable touch-bar for virtual keys. This bar also includes the Touch ID used for payments and authentication. All models come with the last generation of Intel processor, two times larger Trackpad with Force Touch, new keyboard mechanism and other improvements.