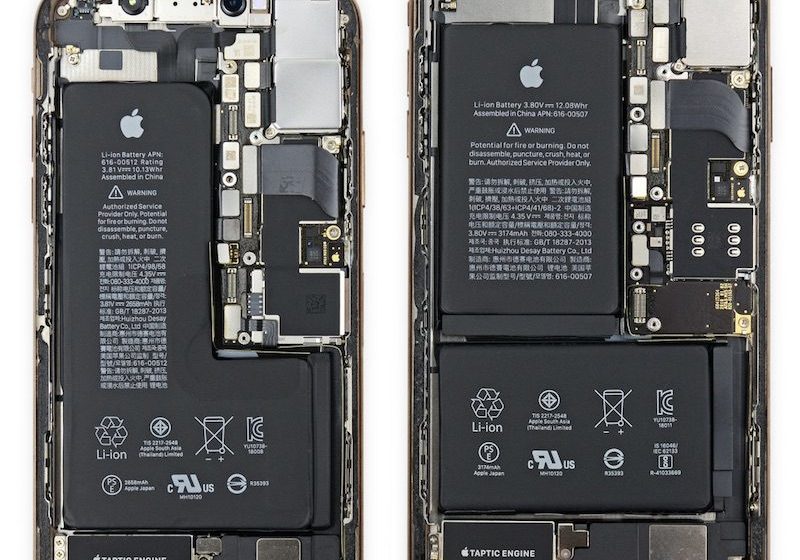 iFixit says the waterproofing is not improved.

The guys at iFixit has managed to get their hands on the new Apple iPhone XS and XS Max, and soon after the new models were torn apart. While many of you may be not interested in what’s inside, iFixit has specialized in assigning a repairability score to the most popular consumer-oriented gadgets. First of all, the new iPhone teardown confirms that both iPhones have bigger batteries.

The L-shaped batteries have been increased to 2,658 and 3,174 mAh, respectively. The smaller model, the iPhone XS, has a single cell, while the XS Max has two separate cells forming the L-shape. 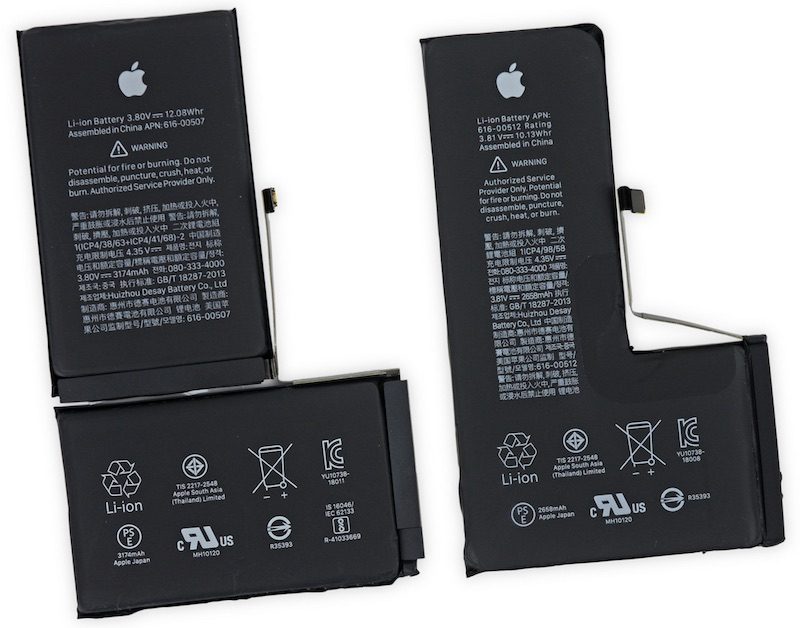 iFixit also found a new power-management chip in the iPhone XS Max that is own-made, unlike the previous chips manufactured by Dialog Semiconductor. The LTE modems are white-labeled, so we don’t know which company manufactured them – Intel or Qualcomm.

While Apple said that the waterproofing has been increased with the new models, iFixit found no signs of that as the gaskets and the seals looks the same. However, the XS is a bit harder to open, at least according to other specialist like FixjeiPhone.

Finally, we can mention the overall repairability score of 6 out of 10, which is mainly due to the complex display and battery repairs, as the whole all-glass chassis must be replaced. 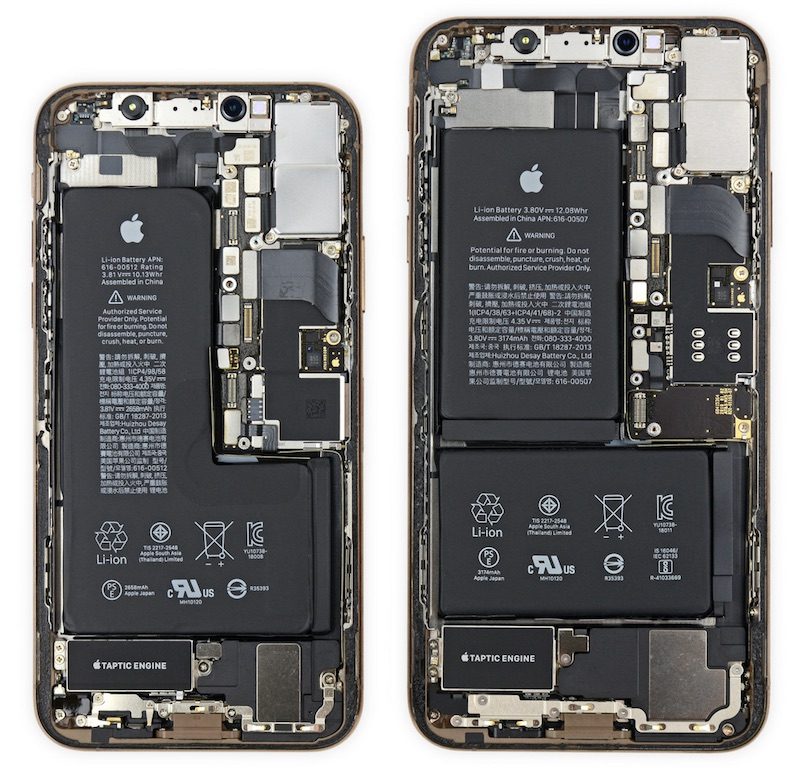