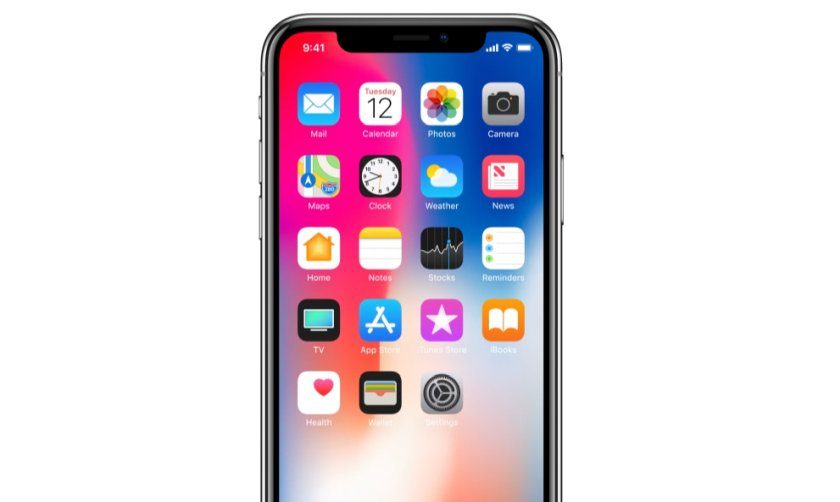 Apple’s OLED display gets A+ score, the camera is the best for photos.

DxOMark and DisplayMate have just published the ratings for the iPhone X camera and display, and according to their tests, Apple has the best display and photo camera in the industry.

DisplayMate has assigned the A+ score for the Super Retina HD display in the iPhone X. The first ever OLED display in an iPhone has been described as “the best performing display we have ever tested”, leading in areas like full screen brightness, color accuracy, screen reflectance, and others.

Apple said earlier this year that iPhone had never had an OLED display because the technology was not good enough. Apple preferred the LCD panels, while others, including Samsung shifted to OLED years ago.

Manufactured by Samsung, the OLED panel of the iPhone X has been calibrated extremely well to offer supper accurate colors. Thanks to the iOS unique color management, iPhone X looks better than Samsung’s phones, although both companies use the same OLED panels. Iphone X has a record-high Full Screen brightness in the smartphone industry, producing 634 nits in high ambient light, while the Samsung Galaxy Note 8 delivers 560 nits. Other areas where the iPhone X screen shines are the angle-related brightness changes and the contrast. Click here to read the full article.

Meanwhile, DxOMark has tested the iPhone X camera. The combined score of the device is 97, or just 1 point below the leader – the Google Pixel 2 XL. 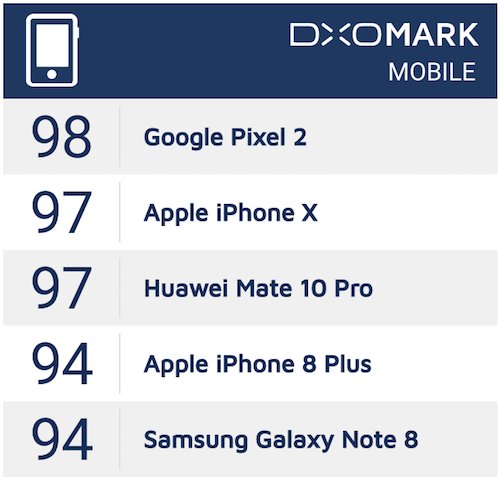 However, Apple has the best camera for photos, according to DxOMark. The quality of the stills from the iPhone X camera is the best to date, as the device gets a score of 101. 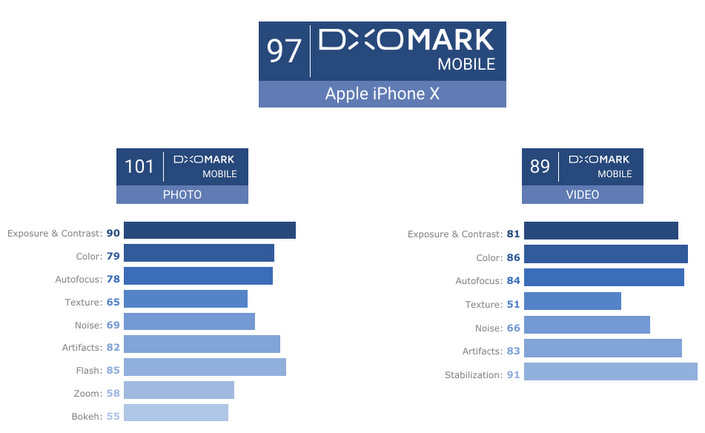 iPhone X has a better camera than iPhone 8 Plus, because Apple included a better telephoto lens (f/2.4 instead of f/2.8) with optical image stabilization.