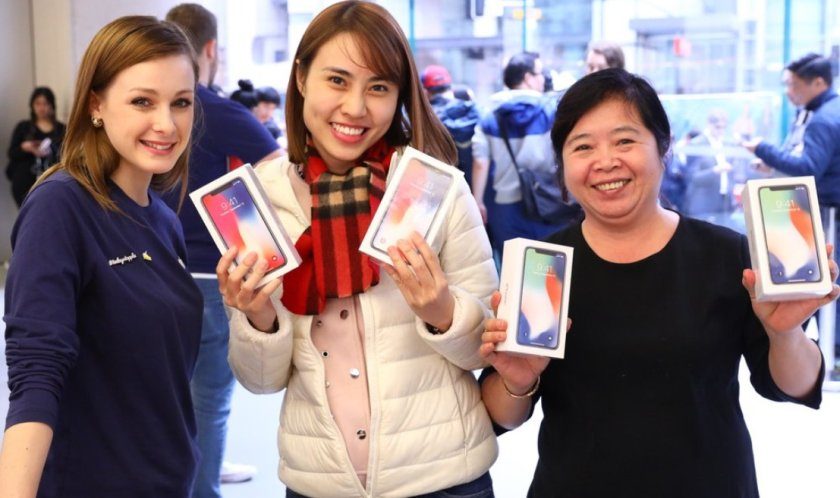 Apple is gaining more ground in China as iPhone X, 8 and 8 Plus sales surge.

iPhone’s market share is growing in half of the markets monitored by Kantar Worldpanel, but decreasing in the others. While the difference is not so significant, varying between -2.4 and +2.5 percent in most of the countries, China is a completely different story. Apple has rapidly increased its presence in the country for 3 years. In Q4 2016, Apple had a 18.5% sales share in China, but in 2017 during the same period (October – December), the iPhones accounted for 28.6 percent of the sales.

A 10.1% increase in the market share for a year is indeed pretty impressive, and something not seen before in China. This market is the most saturated in the world, with many aggressive local players. However, iOS in China is far from being as popular as in other parts of the world, like in the US, Japan, UK and Australia where it varies around 40-50 percent.

According to Kantar, iPhone X was among the top-three most popular devices in the key regions in December, while in China it was number one. Read the report below.