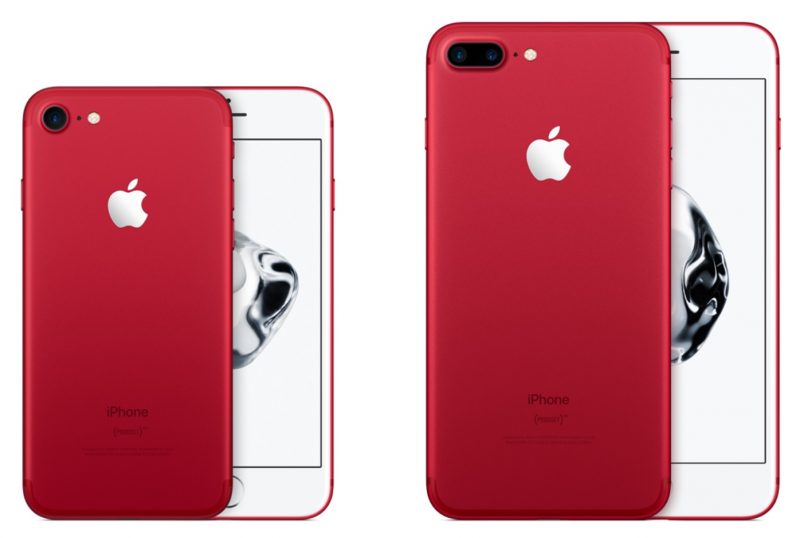 Apple announced red variants of iPhone 7 and 7 Plus.

Apple yesterday announced a special edition iPhone 7 and iPhone 7 Plus in red. The phones will be launching is select markets in March 2017, in 128GB and 256GB of storage, priced exactly the same as the original versions announced in September – $749/849 for iPhone 7 and $869/$969 for the 5.5-inch iPhone 7 Plus. The special edition iPhone has been created to give customers another option, but also to help fight AIDS as Apple will donate a portion of the income from these models to organization believing in AIDS-free world.

The phones have vibrant, aluminum backs in red, white logo and white front bezels. This edition can be ordered from Apple’s online stores, authorized re-sellers and wireless operators around the globe. The red iPhone joins the special RED lineup that includes accessories, headphones, speakers and even Apple Watch.

Apple is going to offer the RED iPhones in key countries like UK, US, Canada in March, while many others will follow in April.

What do you think of this color version of the iPhone 7? Do you like the combination between red back and white front?