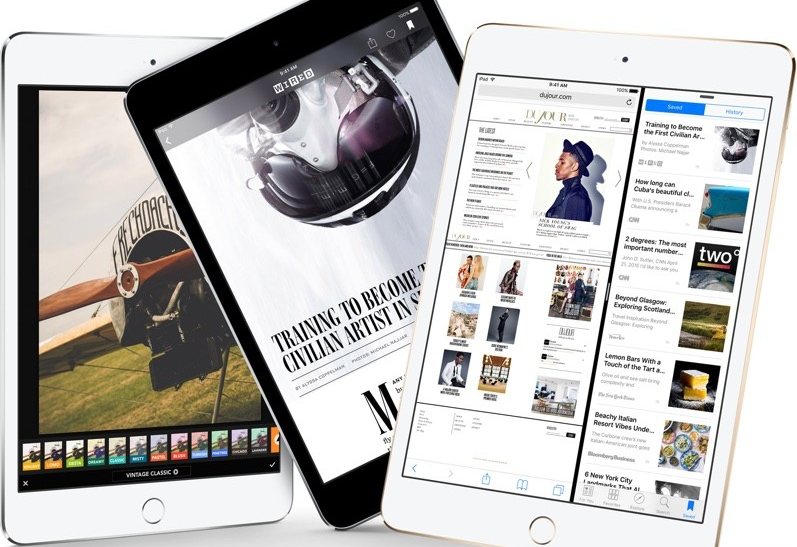 According to a new publication coming from Taiwan, Apple is gearing up to launch new iPad models. Among the new devices will be the iPad Mini 5, whose physical appearance will be similar to the current Mini 4. However, there could be changes in the processor used. Apple already included the new A10X Fusion to the iPad Pro and Apple TV 4k.

Aside the possible internal improvements, the new iPad Mini 5 will have the same design, including Touch ID, the 3.5 mm audio jack, and the same bezels. Its thickness will be again 6.1 mm, like the previous model. However, the company may be repositioning the rear mic from the rear to the top.

Along with the iPad Mini 5, the company may also announce a new version of its Apple Pencil. Stay tuned for the latest news from Cupertino.