While in the last quarter of 2016 Samsung was negatively impacted by the Note 7 battery problems, resulting in a decreased year-over-year smartphone sales, Apple’s iPhone managed to increase its popularity and reach new heights. 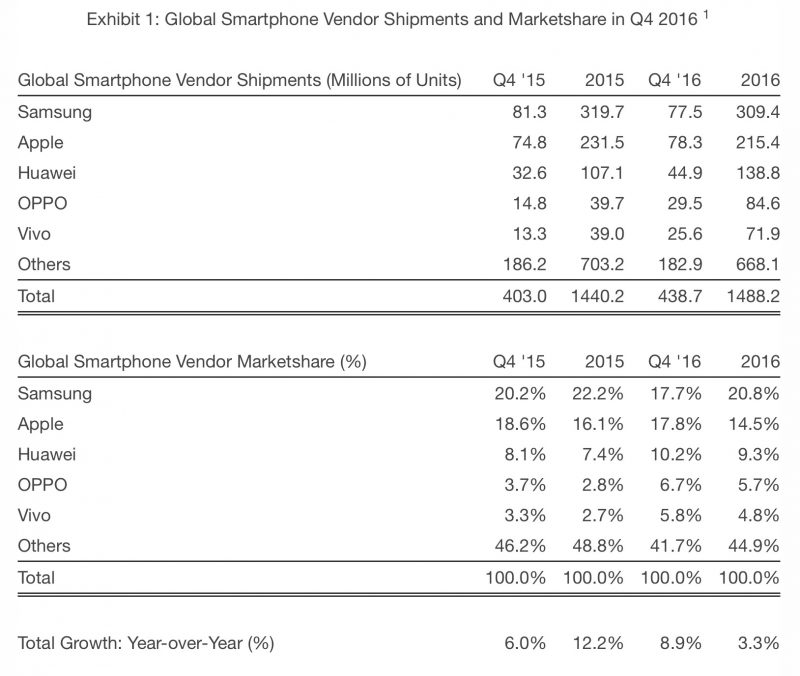 Both Samsung and Apple have lost market shares in 2016, due to the expansion of the Chinese companies like Huawei, Oppo and Vivo. For example, Huawei managed to increase its market share from 7.4% to 9.3% in 2016, while OPPO ballooned from 2.8% to 5.7%.

Apple is expecting a good growth of the iPhone sales this year, bolstered by the upcoming major redesign of the smartphone for its 10th anniversary. The company also hopes to reverse the downtrend in the tablet market by introducing new models in 2017.