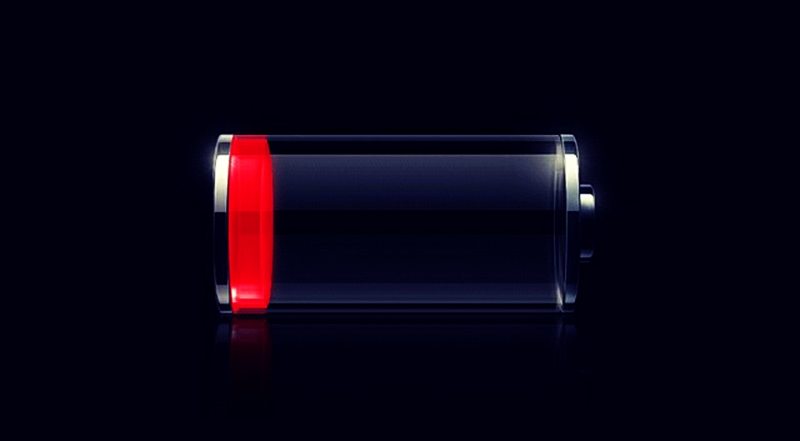 Users complain about weaker battery life after the iOS 11 update.

Just a week after Apple officially released the iOS 11 update to supported hardware, the software reached a 25% adoption. The update brings many improvements and new features for iPhone and iPad, but according to some users, it also reduces the battery life. Some of the new features probably take more power, especially on devices with the old A10 chip, which could result in a faster battery drain.

After all, the company didn’t mention that iOS 11 would improve the battery, as it was the case with the previous major releases. In fact, half of the users who upgraded to iOS 11 noticed that their batteries decay faster.

Wandera has compared the performance on iOS 11 against iOS 11 by analyzing 50,000 users with iPhones and iPads. The results are represented in the chart below: 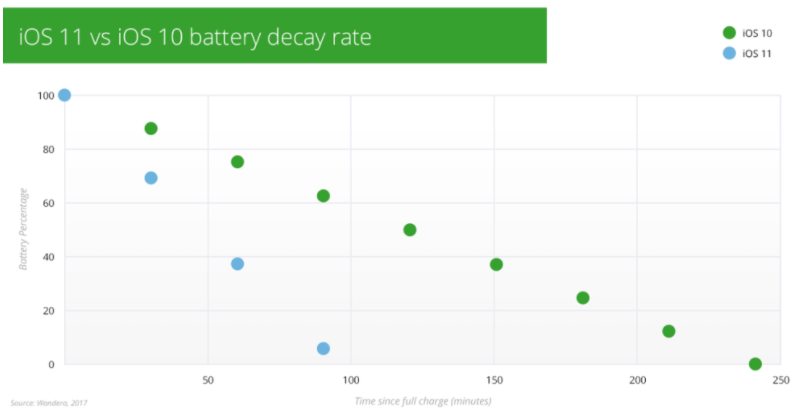 The results are pretty clear. It seems that this first official version of iOS 11 drains the battery much faster than iOS10. While the new version takes an average of 100 minutes to drain the battery, iOS 10 takes 240 minutes.

Apple will likely release a minor update for iOS 11 in the coming weeks to improve the battery and fix some other issues like the crackling noise appearing during phone calls.

Have you experienced worse battery life with iOS 11?

If you have problems, you can check these 13 amazing tips to improve your battery: