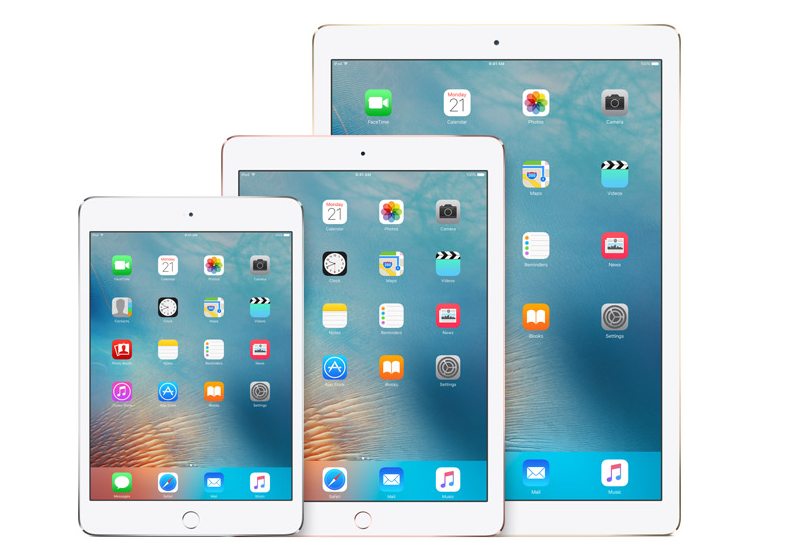 Apple is enjoying a substantial growth in the tablet market, boosted by sales of low-priced iPads. According to data collected by IDC, Apple is number one tablet vendor in Q3 2017 with 10.3 million shipments for the quarter. The company has managed to increase its sales from 9.3 million in Q3 2016, which represents a 11.4% growth. At the same time, Samsung, the second-biggest vendor, sold 7.9% fewer tablets during the same quarter, while the overall market shrunk 5.4%.

As IDC notes, the growth of unconventional tablets (detachables) like Apple iPad and Microsoft Surface is not strong enough to compensate the decline of the traditional devices. Another reason for slower than expected growth of detachable tablets is the fact that iOS and the current mobile apps are still not powerful enough to displace the PCs and traditional desktop-class software.

Although Apple still enjoys a substantial premium over competitors, the lower-priced iPad has helped it to cement the first-place position. The latest version of iOS has helped make iPads a more serious PC competitor than ever before but the need for legacy apps (especially in the commercial segment) and strong value offerings from other PC and mobile vendors has prevented iPads from becoming the primary computing device for the masses. 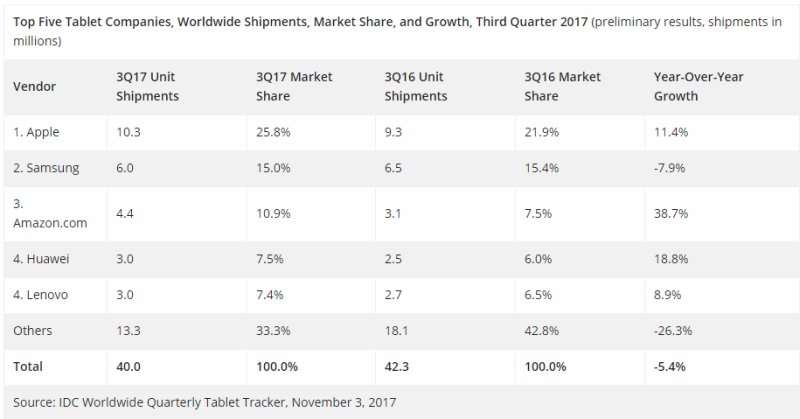 Amazon, Huawei and Lenovo are the other significant players in this market, all of them increasing sales compared with 2016, while the ‘Others’ group has lost 26.3% on an annual basis.