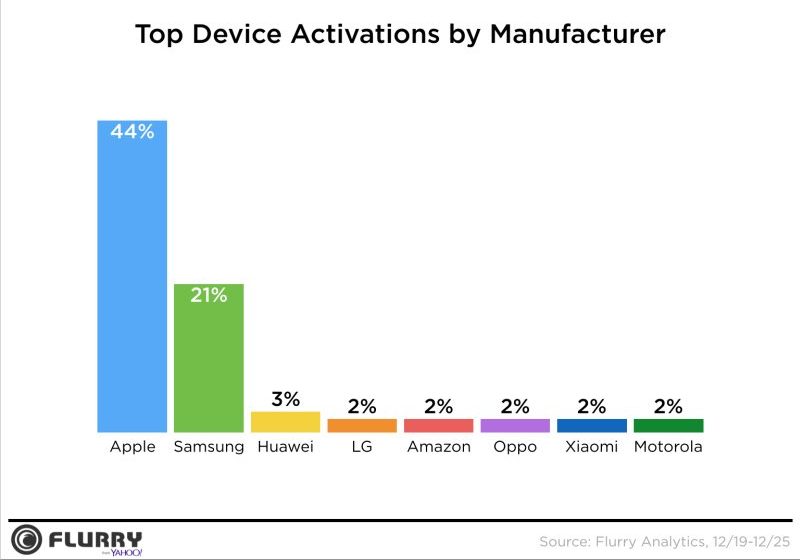 37% of the activated devices were phablets.

Every year, Apple enjoys a big success during the Holiday shopping season and 2016 is not an exception. This year, Apple branded devices, phones and tablets, account for 44% of all new activations between December 19 and 25, according to Flurry.

The report, based on data collected from hundreds of apps, shows that Apple products were more than two times more popular than Samsung devices (smartphones and tablets). Huawei was a distant third with a share of just 3%, followed by LG, Amazon, Oppo, Motorola and Xiaomi. 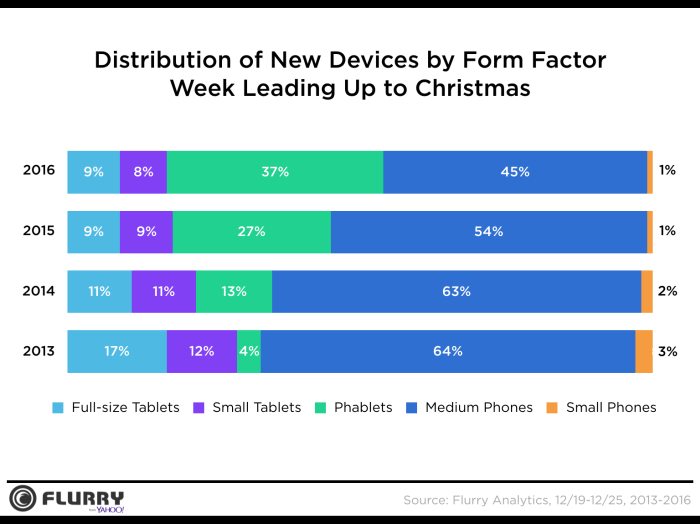 Apple devices continue to be the most popular choice for a gift around Christmas, with medium phones and phablets dominating the chart. The tablets account for only 17% of all activations, according to Flurry. We can also see the continuous shift in preference for small and medium phones to devices with larger screens. While in 2013, most of the new devices were medium-size phones (64%), at the end of 2016 they made up 45% of the device activations. At the same, the phones with large screens like the iPhone 7 Plus grew from 4% to the massive 37% in 2016.