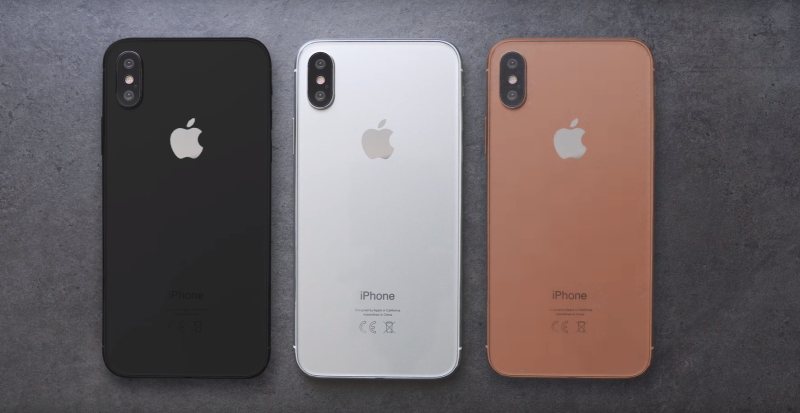 Dummy iPhone 8 units have been reviewed in video.

Images, renders and video leaks of the upcoming iPhone 2017 lineup have been on the Internet for months now, but this is the first time we see a video review. Despite it shows dummy units, the video below reveals everything about the design of iPhone 8, confirming its edge-to-edge display and the interesting approach at the top.

Although they are not real smartphones, but dummy copies instead, we can learn that the design includes stainless steel frame and very thin bezels. As expected, the Home button has been removed, in favor of software key that can be personalized and even hidden. It’s interesting to note that the front panel is white in the two non-black versions, which may raise questions about whether or not this looks good.

iphone 8 is larger than the 4.7-inch iPhone 7, but smaller than the iPhone 7 Plu. Thanks to the very thin bezels around the screen, Apple will offer a very high screen-to-body ratio, significantly higher than the current iPhones.

According to the video, iPhone 8 will be offered in three color versions – deep black, gold and silver. While there is no 100% guarantee that these dummy models revealed in the video are accurate, and the real products will be the same, they definitely confirm what we’ve been hearing for months.

What do you think about the video? Will you buy the new iPhone?