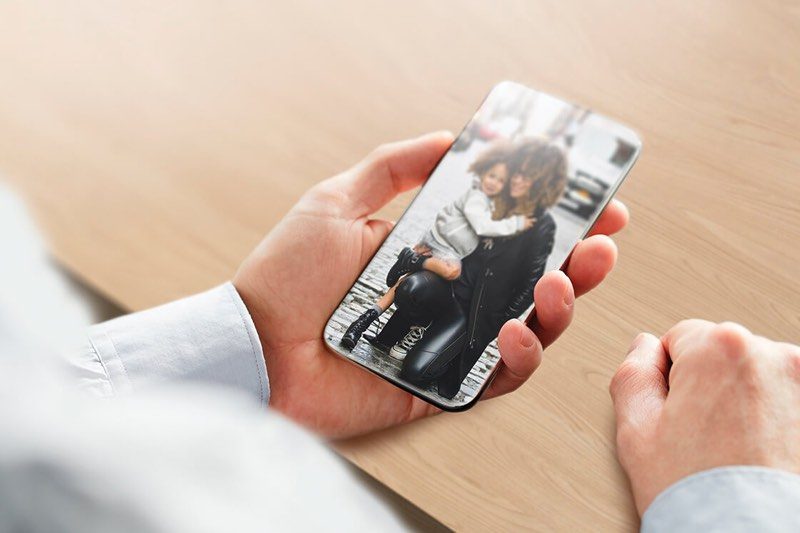 The Austrian company AMS, one of the suppliers for light sensors used in Face ID, has announced the development of a new sensor tech that requires no housing for those senors. This, in turn, may result in smartphones with bezel-less front sides, as the RGB light and IR Proximity sensors won’t require as big bezels as the current smartphones. From the press-release:

Smartphone OEMs today are striving to maximize their products’ screen-to-body ratio, reducing the bezel area as much as possible on the display’s face,” said David Moon, Senior Marketing Manager at ams. “The TCS3701 enables phone designers to take this trend to a new level, potentially eliminating the bezel entirely. This is only possible because the TCS3701 can operate behind an OLED display, a breakthrough enabled by the outstanding sensitivity of the device and by the implementation of sophisticated measurement algorithms to compensate for the optical distortion caused by the OLED display.”

AMS explains that the IR sensor could collect light through the OLED screen, without influencing the screen brightness.

AMS is one of the manufacturers for optical sensors used in iPhone X, XS, XS Max and XR. Researchers have calculated that 45 percent of the orders for AMS are from Apple.

Analysts believe that the 2019 iPhones will introduce smaller or no-bezel front panels, so the news about AMS’s tech paves the way for this rumor. At present, it is not clear how Apple would implement the sensors under the screen.