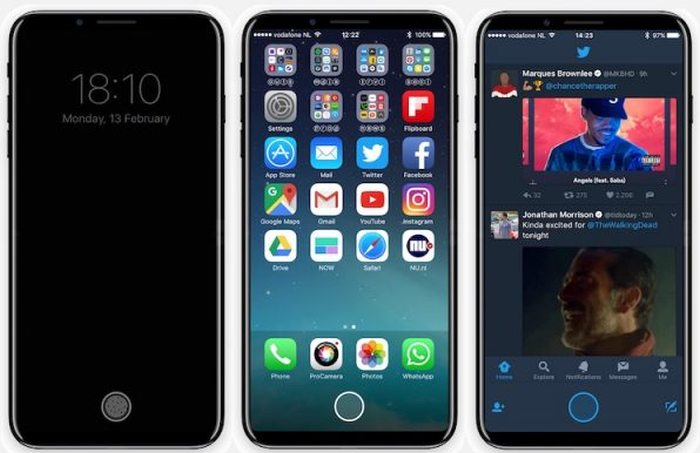 Apple’s stock price rising ahead of new line-up for 2017.

The high-end smartphone Apple is planning to announce in September this year was expected to be called iPhone 8, X or Anniversary. Now, we learn from a Japanese source that Apple may use the name ‘iPhone Edition‘ for the 10th anniversary iPhone. This phone will be more premium than the iPhone7s and 7s plus – the refreshed versions of the current models. 7S and 7S Plus will bring modest design changes and hardware improvements, while the ‘iPhone Edition’ will offer a brand new, all-glass design, OLED screen, and other hardware innovations.

This phone will sport a 5.8-inch screen, but thanks to the design decision involving virtual buttons and curved OLED screen, the device’s dimensions won’t be visually different than the current 4.7-inch iPhone. With Apple removing the Home button, the company makes room for larger screens and the same physical dimensions of the device. At present, it’s now yet clear where Apple will put the Touch ID or whether it will be replaced with a new type of biometric authentication such as iris or facial recognition.

Meanwhile, the optimism around Apple’s upcoming products in 2017 has increased the company’s stock share. Analysts have predicted that the price will increase further in the year, from the current $139 to $160.