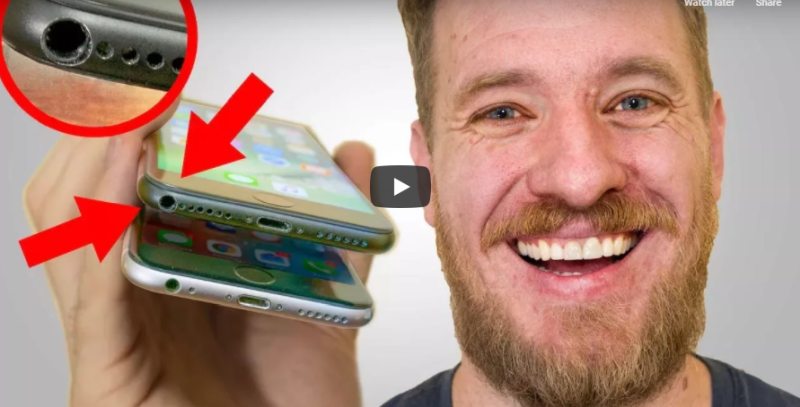 One of the most controversial decisions in Apple’s history is the removal of the 3.5mm headphone jack in iPhone 7, which was considered as ‘too bold’ even for Apple. Although other companies like Motorola, HTC and others followed Apple and also ditched the classic 3.5mm jack in favor of a single USB-Type C port, not having the 3.5mm jack has certain disadvantages. For example, the user must pair Bluetooth headphones with inferior audio quality or use a little adapter to plug the classic earphones into USB-C or Lightning.

An iPhone enthusiast has spent several months to bring back the 3.5mm headphone jack to the iPhone. Scotty Allen posted a video in which he shows a modified iPhone 7 that includes a 3.5mm audio jack. After going through a number of designs, he managed to make room for the internals and even kept the water resistance of iPhone 7.

However, adding a working 3.5mm jack is not something the average user could do at home. Allen mentions that the modification is far more complex than anything he has done in the past, though it shows that it’s still possible without sacrificing the thin design and other iPhone features.