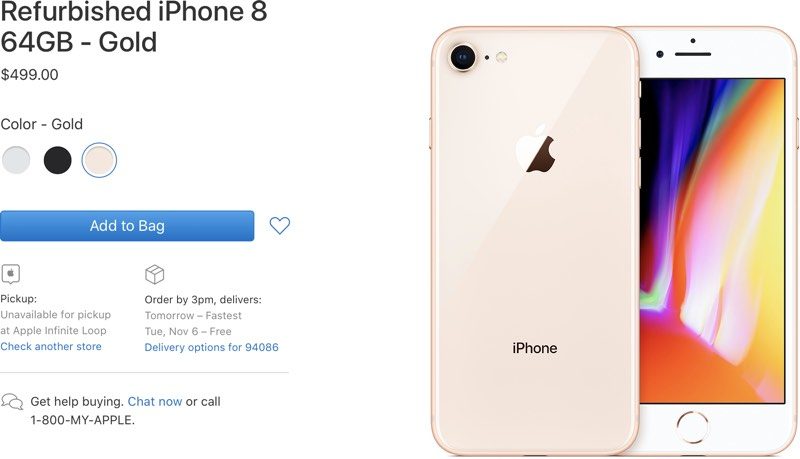 Apple is now selling refurbished iPhone 8 and 8 Plus.

The old 2017 models can now be bought at a discounted price, but they are refurbished units. Apple has announced that both the iPhone 8 and iPhone 8 Plus will be offered on Apple Store at a discount. This is an offer exclusive for USA. The phones are available in grey, gold or silver, only in a 64GB version.

iPhone 8 & 8 Plus are still a good option for anyone on a budget. They run the latest iOS version without any problems, relying on capable hardware and specs.

The company is not selling phones with larger storage capacities, but such offerings may be available at a later date.

iPhones have been offered in a refurbished state on Apple Store since 2016. They are fully tested, have no cosmetic damages, and are equipped with new batteries.