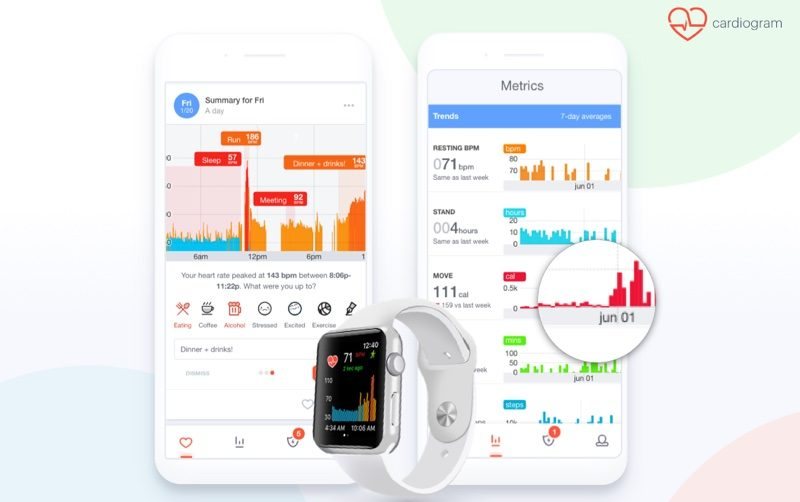 Heart Rhythm measuring by Apple Watch could be helpful to detect health problems.

The wearable health and fitness market keeps gaining traction, as gadgets like the Apple Watch are becoming more and more popular among the users. Some of them even come with built-in heart rate sensors, so they could be used to detect early health problems. A new research, conducted by the Cardiogram app for iOS, finds that Apple Watch is pretty accurate in detecting abnormal hearth rhythm.

Millions of heart rate measurements have been collected and analyzed for the purposes of the research, directly coming from the Cardiogram app users in the United States enrolled in the eStudy program.

According to the report, Apple Watch is capable of detecting abnormal heart rate with a 97% accuracy, which is indeed pretty impressive. Previous studies have also confirmed that popular wearable gadgets from Apple, Garmin and other manufacturers can accurately detect a health issue.

Apple is actively working with health researches to find out ways to improve the Apple Watch further to monitor and detect conditions like sleep apnea, diabetes, and more. However, we may have to wait years (or forever) until these wearable devices reach the 100% accuracy of standalone and expensive EKG, but at least they will alarm users to visit their doctor for a health check.