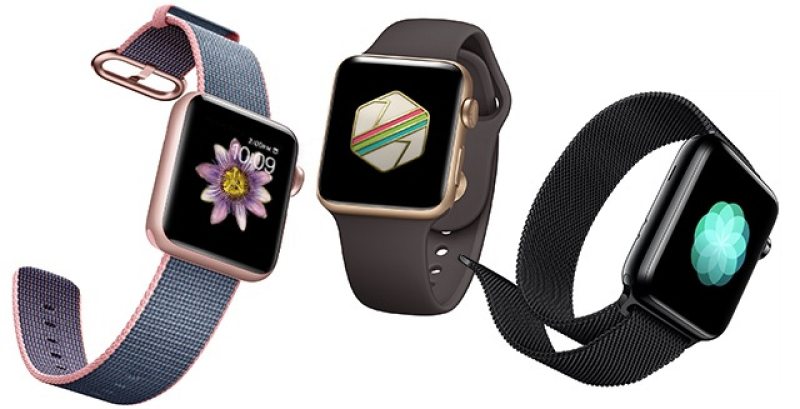 Apple Watch accounts for 41% of the worldwide smartwatch shipments.

IDC has published a new report covering the smartwatch sales in the quarter ending September 2017. There were 2.7 million Apple Watch sales in Q3-2017, down from 3.4 million in Q2. Apple’s share has decreased from 49.6 to 41 percent for a quarter, but the difference between Apple and the second-biggest manufacturer is still very significant. Samsung sold only 700,000 units in the quarter, resulting in a 10.4% market share. Garmin accounts for 9.2% of the sales, followed by Fossil and Continental Wireless (7.3 and 7.2% respectively). 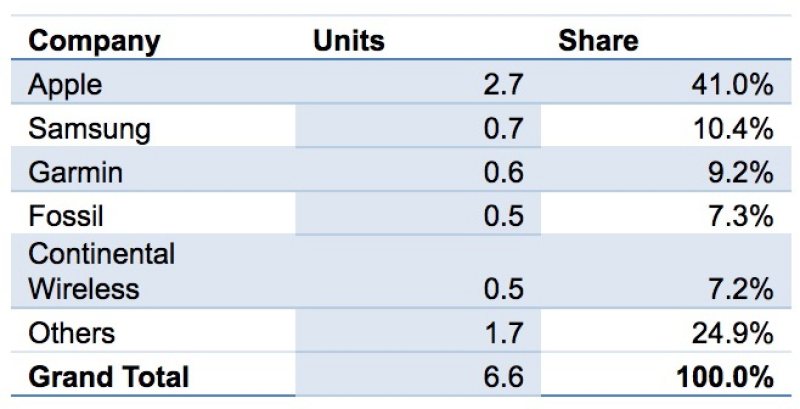 Apple announced a Series 3 watch this summer, but the sales of the device has not affected the sales in Q3 as many users were waiting for the LTE variant launching in September.

If we see the bigger picture, the wearable market as a whole, Apple Watch had a 10.3% share in the last quarter, while Fitbit and Xiaomi had 13.7 percent each. Apple usually don’t publish Apple Watch sales in its reports, putting them under the Other Product category. However, it’s pretty clear than this market is still pretty immature and nothing compared with the millions of iPhones sold each month.